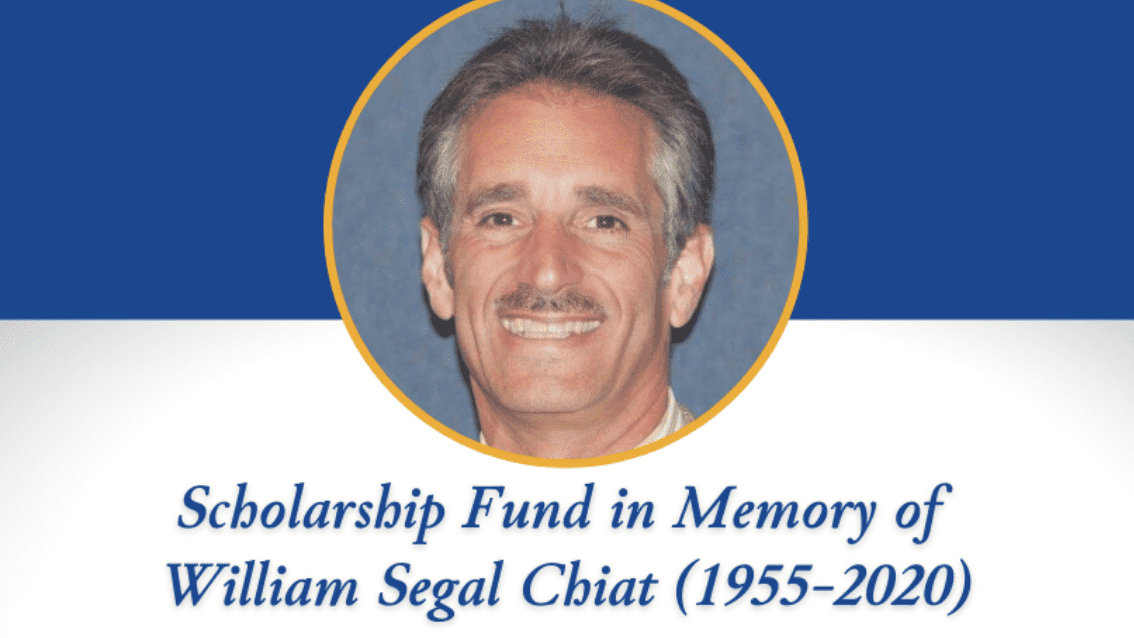 “Never be too proud to accept help and always pay it forward.”

William Segal (Bill) Chiat always paid it forward. In his life’s work he guided people into greater knowledge about themselves and the importance of their leadership roles in our communities. He worked skillfully with people committed to excellence in County Government. His guidance lit the pathway to the creation of the California State Association of Counties (CSAC) Institute for Excellence in County Government. In one of the several ways his memory has been honored, the Institute has been renamed “The CSAC William ‘Bill’ Chiat Institute for Excellence in County Government.” A person of profound impact, known for his tireless work giving adult leaders the skills to strive for excellence, Bill also cared deeply about how young people with financial and life challenges would attain their best future. He cherished his experiences in his early years in scouting, his recognition as an Eagle Scout and with the highest honor, the Vigil, of the Scout’s Order of the Arrow. His commitment to excellence in himself and the adults he worked with extended to these young people, particularly those from the LGBTQ community.
With his husband, Jim Gladfelter, Bill saw the importance of paying it forward by guiding young people towards lives of fulfillment and accomplishment. As residents of the Napa Valley, where nearly 52% of students enrolled in high school live below the poverty line, they saw a critical need and a great opportunity. Bill and Jim discussed how they would like to give these young people a better chance in life. When Bill’s life ended unexpectedly in July 2020, Jim invited memorial gifts to an organization on whose board he serves, If Given A Chance. IGAC serves resilient high school students whose lives have been turned upside down by financial hardship, mental and physical abuse, poor life choices, an unstable home environment or severe medical challenges. These are motivated students who, if given a chance, can reach their full potential. The outpouring of contributions in Bill’s memory was magnificent, with more than $40,000 received initially in support of the young people IGAC serves. The first of these gifts are already changing lives.

The William S. Chiat Scholarship Fund will be a restricted fund at If Given A Chance, which will be used to offer financial and mentoring support to qualified high school students beginning in their senior year and working with them through college or professional/technical school. Preference will be given to students who are part of the LGBTQ+ community. To date, the fund has raised over $60,000 with a short-term goal of $100,000.

To the recipients of these scholarships, Bill would have said,

“Take your scholarship and soar, challenge your hopes and dreams and challenge your peers to do the same. Be true to yourself and your family, be of service to your community, never be too proud to accept help and always pay it forward.”